Criminal defense lawyer Hogan Ganschow understands that an attorney should be more than just a body in a suit continuing court appearances and asking you to sign paperwork. An attorney should build a relationship with each and every client, listen to their story and point of view, and be willing to craft a defense strategy that achieves the best possible outcome for the client based on the client’s desires and motivations. Mr. Ganschow has won dismissals and not guilty verdicts after jury trials for his clients in Santa Barbara, Lompoc, and Ventura by telling their stories in a way that is specifically catered to the prosecutors, judges, and juries of those communities. Mr. Ganschow will take criminal defense cases and clients from Santa Barbara, Carpinteria, Goleta, Isla Vista, Lompoc, Solvang, Santa Ynez, Orcutt, Santa Maria, San Luis Obispo, Ventura, Oxnard, Camarillo, Westlake Village, Port Hueneme, Ojai, Montecito, Buellton, Thousand Oaks, Simi Valley, Fillmore, Santa Paula, and other surrounding towns along the South coast.

Being charged with a crime can be a scary and overwhelming experience. Every client, no matter the situation, deserves a criminal defense attorney they can trust to listen to their side of the story without judgment. The best outcomes are possible when the client is informed and involved in their case.  No two clients or cases are the same and each deserves special attention and a unique approach.

Experience with Every Stage of the Criminal Trial Process

When it comes to knowing what outcomes are reasonable and possible for a case, there is no substitute for working with an experienced criminal trial lawyer. With over eight years’ experience representing clients at every stage of the criminal process Mr. Ganschow will defend you every step of the way.

Mr. Ganschow has built a reputation as a passionate and creative trial attorney and an effective advocate for his clients. In order to get a dismissal or a good deal before trial, it is best to have an attorney who the prosecutor knows can win or hang the jury if the case goes before a jury. In fact, many cases are dismissed as the jury is being selected or after the first witness is called simply because the prosecutor has doubts about whether they can persuade all twelve jurors.

If you’re going up against the resources of the state, you need a criminal defense strategy that isn’t one-size-fits-all. Mr. Ganschow will outline and deliver to you a strategy that makes sense given your goals and needs and will make sure you are promptly informed of any new developments in the case, including settlement offers and evidentiary rulings.

Knowledgeable and honest local attorney. If you have a need for legal assistance go with Ganschow. 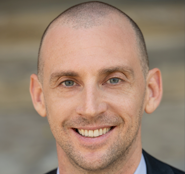 Lawrence Doherty, Google
I am an alumnus of UC Santa Barbara who like many of us have had the unfortunate run-in with the SBPD. I met Hogan Ganschow during his career as a arraignment defender. He was honest and upfront. I quickly learned that he has been an avid human-rights activist for all of his adult life. It was a lucky find for me because being African American I knew he would put up an honest fight for me. I'm happy to say that through my numerous run-ins with the SBPD, I've maintained a clean record thanks to his work. 10 for 10 would recommend.

Mahuryce Johnson, Google
I had some legal needs, called and was directed right away. They kept me up to date at every turn, and handled the issue at hand. All was resolved right away! I highly recommend this law office!! Great work!

Candyce Estave, Google
If you're looking for a lawyer, go to Hogan Ganschow; he's brilliant but practical. Hogan listened to my long story with a legal mind but compassionate heart and came up with a creative solution to my problem. His consultation was better than therapy.

His consultation was better than therapy

k8 longstory, Google
Mr. Ganschow is an amazing attorney. He came through for me when I most needed it. He is passionate and always honest. He will go to war for you and your case to get great results. No matter how dire your situation may be, you can always count on Hogan Ganschow . I wouldn’t choose any other lawyer to represent me in any type of case. 5 stars all around!

Mr. Ganschow is an amazing attorney